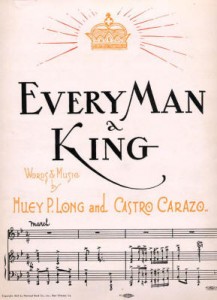 Huey Long is the heart of Louisiana. I think of him when I think of Louisiana, and I understand the anathema of this state. Its collectivism, which derives from its non-Anglo traditions and its agrarian culture, gave easy rise to its populist politics. That populism was intensely complicated by a racism that Huey Long managed to navigate. Long dreamed of a “share the wealth” program encapsulated in his “A chicken in every pot, and every man a king” sound bite. He is an indirect grandparent to Occupy Wall Street.  Long despised big oil and big banks; he drove the expansion of Glass-Steagall in Congress and END_OF_DOCUMENT_TOKEN_TO_BE_REPLACED 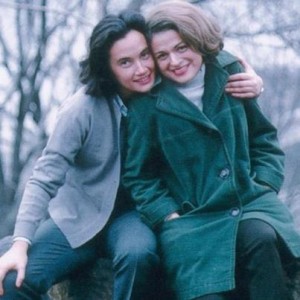 Edie and Thea got gay married. The linguistic shift from gay marriage to marriage equality is interesting, like all politically motivated discursive choices.  Adding the gay label to marriage “spotlights” same-sex marriage, emphasizing its abnormality. Spotlighting, or using marked language, highlights what is notably outside the norm and establishes the unmarked category as neutral, making it the default setting or normal. Male nurse is to nurse as gay marriage is to marriage. Marked language, then, reifies heterosexual marriage as standard. “Marriage equality” makes sense, then, as the phrase of choice. The language of equality locates gay marriage in the venerable tradition of civil rights, and END_OF_DOCUMENT_TOKEN_TO_BE_REPLACED

Many years ago my ex-husband made the quirky observation: “You are like a mother alligator.” Mother alligators, like all mothers, are highly attuned to their young. Upon hearing any sound of distress, and the baby alligator has quite a distinctive voice, the mother will defy all belief regarding speed and agility by launching itself to defend its offspring. In the dark of night, when either the kid or the cat would make the slightest disconcerting noise, I would bolt out of bed regardless of how deeply I was sleeping. Or..frankly..how comfortably I was lazing during the daytime. Last night, I heard a strange gulping, whiny, END_OF_DOCUMENT_TOKEN_TO_BE_REPLACED

The biggest threat from ObamaCare, according to the Humanix Books’ ObamaCare Survival Guide, is the influx of the mass uninsured populace into the healthcare system.  The logic behind this argument boggles the mind. The short version: there aren’t enough doctors to handle the sudden mass increase in patients and the existing pool of doctors will all quit in frustration. Consequently, everyone’s health care will suffer. The odds of anyone going to medical school to replace this pool are low and no one will be trained in time to treat all these new patients or fill in the gap. How is it that this influx of END_OF_DOCUMENT_TOKEN_TO_BE_REPLACED

At work we must turn in our portfolios for annual review once again. Portfolios can be used for authentic reflection and self-growth, rather than for the devolved purpose of bean counting. We are all aware of its dysfunction at my job, and yet we still plod through the ritual while we tinker with repairing it. Around the time we submitted portfolios, I found a picture of a quirky chia pet. Chia pets are about wild and quirky growth, after all. This hearty beast makes me laugh. I want to be this fellow, covered in clover, perplexed and amused at the same time, aslant but still END_OF_DOCUMENT_TOKEN_TO_BE_REPLACED 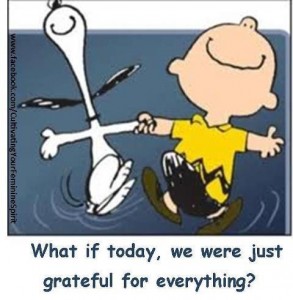 If you look up practice in the dictionary, you get lots of definitions. You will see there that the word derives from the Greek and Latin sense of “practical work.” Gratitude as a practice is indeed practical work. It takes work. It takes practice. As such, it connotes the many meanings of practice found in the dictionary. Think about gratitude as you read these definitions, because it might change the way you understand gratitude. It did for me, or at least it reminded me of some old lessons. Gratitude is a proficiency that must be practiced. It is a habit, a custom, a customary performance, END_OF_DOCUMENT_TOKEN_TO_BE_REPLACED 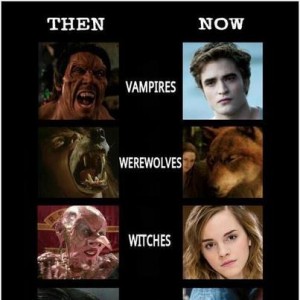 An aliens and monsters meme floated around Facebook this morning with this annoying cast of images. The meme depicts aliens and monsters in pop culture transforming from ugly and monstrous to attractive and desirous. It asks WTF happened? Here’s my first FB post: “People would rather embrace aliens from outer space than illegal aliens.” My later post: “It’s actually an old pattern from way back when. People who study pop culture say that we had an invasion of alien bug movies when we were afraid the aliens (in this case, Japanese during WW II and Koreans afterward). We’ve been invaded by illegal aliens time and END_OF_DOCUMENT_TOKEN_TO_BE_REPLACED 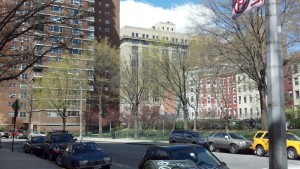 My grandmother was a grassroots politician, not a legislator. To me that distinction is essential. It gave her a clarity of vision that made things simple; she moved through a world in which the work was hard but the logic was unquestionable. Where she moved, people followed. Yesterday at RootsCamp I heard some of her clarity. The keynote speaker was Frank Curiel, a labor organizer of forty years’ experience, who talked about what grassroots work means. You go to the hall, you see the people there, you talk to them, and you listen. The backdrop of listening, in his case, was the farm and field END_OF_DOCUMENT_TOKEN_TO_BE_REPLACED